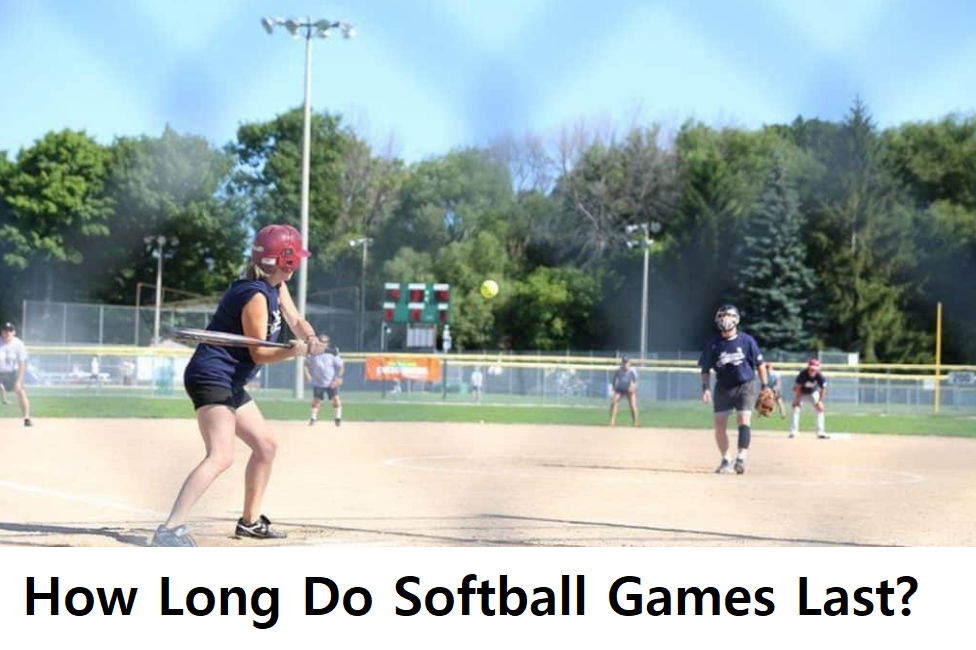 How Long Do Softball Games Last? With a sport as dynamic and thrilling as softball, you often don’t even notice that the game has flown by and it’s already the last inning. Unlike baseball, where games sometimes seem to drag on forever, in softball, the winner is known much faster. Plus, there’s much more action on the field, so the time the game brings often seems even shorter than it actually is.

However, a lot of individuals, including players, parents, and fans, make their schedules around softball games. So, it’s essential to know how long do softball games last. Below, you’ll learn how much time you must set aside for a softball game and what determines how long they last.

How Long Do Softball Games Last?

Softball doesn’t have a precise runtime like some other sports where the games are divided into periods with a specific duration. In softball games, there’s no clock counting time. In baseball, the game length is determined by the number of innings.

Depending on the different factors, like the league, specific rules, age category, or version of softball, a game can last from 3 to 7 innings. It is usually finished in 1 to 2 hours. However, longer or shorter matches are also possible.

Usually, high-school, college, and professional softball games are 7 innings long. This is also the length of the matches at the Olympics. In case of a tie at the end of the game, additional innings are played, extending a game a bit more. At the youth and kids level, teams usually play only 3 or 5 innings.

Occasionally, there is a deviation from the standard length of the game, for various reasons. In some leagues, there’s a time limit for the games. No matter how many innings have been played, the game ends when the time runs out.

This usually happens in tournament play when there are a lot of games scheduled on the same day at the same venue. For instance, in the states with colder climates, offseason softball is played indoors. They are usually played in sports domes.

As there are not that many of those in every city or town, the plan gets crowded. The time limit is set so that everyone gets a chance to play. There’s also a matter of games played at ballparks without lamps. The referee may call the game due to darkness. Games are also occasionally cut short due to the bad weather or curfew.

What is the Mercy Rule in Softball?

Another reason why softball games may finish before all the innings are played is the so-called “mercy rule”. The mercy rule is used when one of the teams has amassed a score that is unlikely to be caught up by the opposition. The rule shortens the game short and saves the losing team from further embarrassment.

What are innings in Softball?

Just like in baseball, innings are fundamental units of play in softball, too. An inning involves two halves. In each half, one team bats while the further plays defense.

Usually, the away team bats in the top half and plays defense in the bottom half of the inning.

How Long Does a Softball Inning Last?

Each half-inning lasts until the batting team goes three outs. When a team batting in the top half records 3 outs, the roles are reversed with the different teams taking the bat in the bottom half.

In each inning, batters use the same batting order. The batter loses the game when he or she skips the ball three times. This is also the case if a player of the opposite team catches the ball while still in the air.

A runner is put out when he or she is hit or connected by the ball while not on base. Plus, they’re also out if they make more than three strides to avoid getting tagged by the ball or if they surpass a runner ahead of them.

Are There Extra Innings in Softball?

In case a softball game ends in a tie after regular innings, the team will play an extra-inning(s) to determine a winner. Play continues until one of the teams has scored more runs at the end of a whole inning.

Some leagues have the rule that if no team has scored more runs after two innings, the game is announced a tie. The team on offense will begin the extra inning with the player bated last in the regular innings as a runner at second base.

What is the Longest Softball Game Ever Played?

The longest recorded softball game ever took place in Alberta, Canada in 2009. Team Stollery and Team Cross planned 721 innings over 115 hours and 3 minutes.

However, this was a charity event that is even listed in the Guinness Book of World Records. For the official games, the matchup between Creighton and Utah Softball is typically recognized as the longest.

It took place on May 11 and 12, 1991 during the Western Athletic Conference softball tournament in Omaha, Nebraska. Two teams played for nearly 7 hours in a game that spanned 31 innings. The game needed more than 700 pitches to complete.

Interestingly, the two teams played again only half an hour after the first game was completed. The second game was another marathon contest, staying 25 innings.

Some fans favor games to be finished as soon as possible so they can get on with their daily duties. Others enjoy long battles and savor every moment. As you can see, in softball, both groups sometimes get their routine. The length of a softball game varies but rarely lasts more than two hours.

That’s still much shorter than an average baseball game and, in addition, the softball showdowns are way more packed with action. If you want to know how much a particular softball game may last, make sure to check the league rules and the age of the players involved.