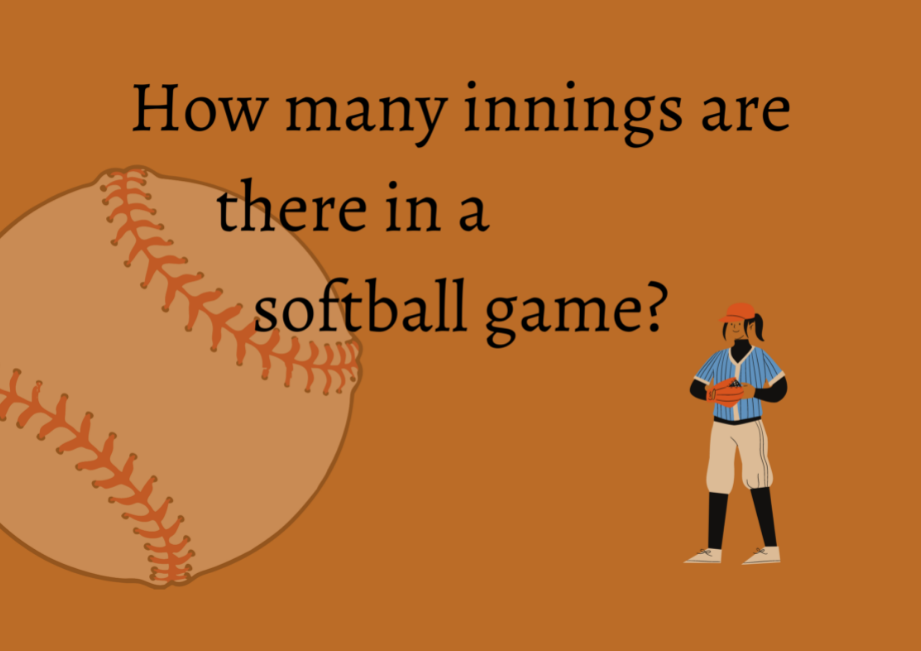 How Many Innings are in Softball? Softball matches, whether recreational or for schools, are seven innings. There are nine players on the field for each team, which is the same as baseball. Here is the full breakdown of how many innings are in softball and more!

How Many Innings in Softball Game vs. Baseball Game?

Does softball Have Extra Innings?

Additional innings occur if both teams are tied after seven innings of play. NCAA softball rules require a runner to start extra innings, and the game ends if one team wins at the end of an inning. Putting a baserunner on second base enables to speed up the conclusion of a game.

The way extra innings work is like this. For instance, if the away team scores two runs in the top of the eighth and the home team only scores one, the game ends with the away team winning.

What is the Longest Softball Game on Record?

How Many Innings are in a College Softball Game?

NCAA college softball games are seven innings for a full game. The inning consists of two halves, where the top of the inning has the away team hit while the bottom has the home team shot. There are nine softball players out on the field, just like you would catch in baseball games.

If the game is tied after seven innings, the game moves into additional innings. Extra innings now put a player on second base to start the inning to speed up the game’s conclusion.

How Many Innings are in a High School Softball Game?

Is there a Mercy Rule in Softball?

College softball games have an understanding rule stating that the game is over if one team has at least eight runs past five innings.

For most High School softball games, the mercy rule occurs when one team is up by 20 runs after three or ten runs after five innings. The mercy rule allows some variations, so it depends on the umpire, the situation, and the agreement made by the High School coaches. Some leagues might add a cap to the number of runs a team can score during an inning to reduce the time of the game.

What Happens if It Rains in Softball?

If a softball game gets wet or too dark, a few things can happen.

How Long is a Softball Game Typically?

NCAA college softball games take about two hours to finish. Games can go longer if they enter into extra innings, but typically seven innings is a standard game for softball teams.

A CAA High School softball game will not exceed one hour and 45 minutes. That means no new inning will occur if it continues past this one-hour and 45-minute mark.

How Do Doubleheaders Work in Softball?

The rules might differ if a doubleheader occurs in either a slow-pitch softball game. For example, hitters might get out on one strike instead of three. Hitters might also get out on a foul ball with two strikes against them. Other slightly other rules include walking on two balls instead of four.

These rules are typically for leagues that play outdoors. This is because it gets dark early in the day, so there isn’t enough time to play two full games back to back.

Is softball in the Olympics?

Women’s fast pitch softball became an official Olympic sport in 1996. Yet, it has been on and off as an Olympic game due. In 2012, softball was withdrawn from the Olympics, which was the first time that occurred since Polo. The 2024 Olympics in Paris won’t have softball as a sport.

In addition to the field being of various sizes, the other main difference is that softball has underhand pitching while baseball has overhand pitching.

In outline, a professional softball game is seven innings, unlike baseball, which has nine innings. If a game goes into the additional inning after seven innings, a runner starts on second base to help speed up the game’s conclusion.

On average, a professional softball game will take about 2 hours or less to complete. For more amateur leagues, you can expect softball games to be less than an hour and 45 minutes.