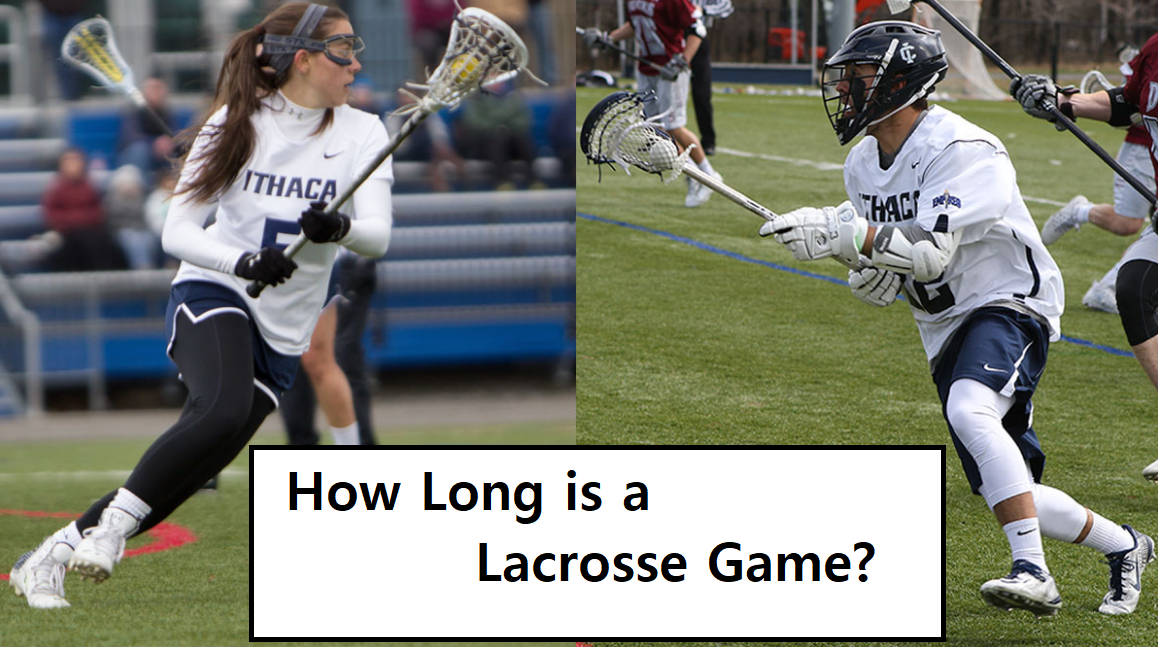 How long is a lacrosse game? Before you can determine how long a game of lacrosse will take, you must first decide what league or division you will watch or play in. This is because there are different rules for each association. Therefore, let’s take a look at the average length of a lacrosse game.

In an average lacrosse game, there are 60 minutes of regulation time. This is divided into four quarters of 15 minutes each. Between those quarters, you have a 2-minute break except at halftime when you have a 10-minute break. Timeouts add up to 4 minutes. Lacrosse games usually last 78 minutes.

We can now move on to talking about the length of a lacrosse game. By telling you how long each game lasts within each division or league, we can accomplish this. Let’s get started.

The Premier Lacrosse League is relatively new. They still adhere to basic lacrosse rules. There are slight differences here and there in terms of the size of the field and the distance to the goals. The time has also changed. Let’s take a look

Premier lacrosse has a regulation time of 48 minutes. It is divided into four 12-minute quarters. Each team has a maximum of three timeouts per game, so you can say that each team has four minutes in total. All the breaks between quarters add up to roughly 65 minutes per game.

If at the end of regulation time the teams are still level on points, they will enter overtime. Overtime lasts 12 minutes, and the first team to score wins. So, if a game extends into overtime you are looking at about 78 minutes per game. There was a 1-minute break in there.

Lacrosse is where young players make their name before moving up to the big leagues. We use the rules of college lacrosse as a foundation to explain what the rules of professional lacrosse are. This is because they are very similar. As a result, let’s take a look at how long a lacrosse game takes.

Lacrosse is played in four quarters of 15 minutes each. There is a two-minute break in between each quarter. Between the second and third quarters is half-time, during which the players will take a 10-minute break. A college lacrosse game takes 74 minutes when you add up the 3 timeouts.

You will enter overtime if there is no winner at the end of the game. This is sudden death. In extra time, there will be periods of four minutes each until a team scores. The first team to score wins so it is difficult to say how long this would make the game take.

College lacrosse players are usually scouted in high school. This is where it all starts for professionals. Lacrosse in high school is not played with the same intensity as it is in college. And so, the times are also different. However, the structure of time remains the same. So, let’s take a look.

High School lacrosse games consist of four quarters of 12 minutes each. There are approximately two minutes between each quarter except at halftime. The players take a 10-minute break at halftime. For a full game of regulation time, you are looking at approximately 65 minutes.

Teams will go into overtime if there is no winner by the end of regulation. Overtime consists of four minutes of play. If a game progresses to extra time, it is impossible to predict how long it will take. The teams will play until one of them scores a goal.

High school lacrosse games and youth lacrosse games are very similar. There is only one difference in the rules and that is the time it takes for the games, which we will examine in this section. So, let’s get into it.

As with high school lacrosse, you have to factor in overtime, but it is hard to give an exact time frame. The game will end when there is a winner after each overtime period lasts up to four minutes. Overtime is generally a sudden death.

What To Expect During A Lacrosse Game

In a game of lacrosse, your goal is to get the ball into the back of the net. Your goal should be to at least assist your team in achieving as many goals as possible.

During the same time, you will have to try to prevent the other team from scoring goals. This can be really difficult and you should expect to have to keep your intensity high. In other words, if you don’t do this, the opposing team will run right past you or you won’t be able to get past them while attacking.

Lacrosse is a highly competitive sport. Running will probably continue until the game is over, or at least until you take a break between each quarter.

You can expect to play for four quarters. The length of each quarter depends on what league you’re in and what your association’s rules are.

That brings us to the end of this article. It is easy to give a broad blanket statement regarding how long a lacrosse game takes. We tried not to do that. Our goal was to let you know how long a game takes in each of the major divisions. Hopefully, this article has answered all of your questions.