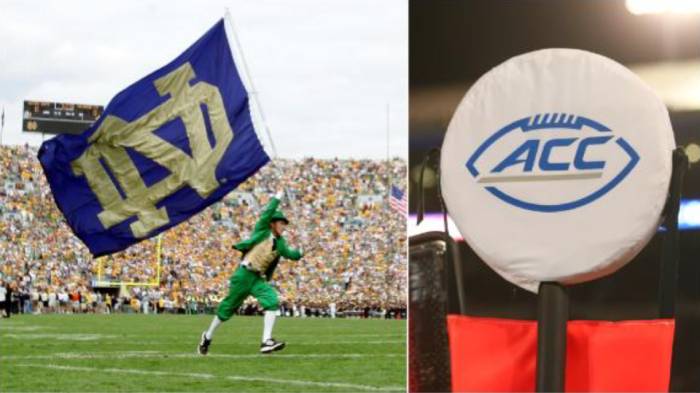 In the US, the Atlantic Coast Conference is one of the top five collegiate athletic conferences. There are 15 member universities in the division I Football Bowl Subdivision (FBS) of the National Collegiate Athletic Association (NCAA). Each season, the associated press covers the conference extensively. Additionally, the ACC boasts some of the finest student-athletes in the country.

The complete breakdown of the ACC in college football can be found here!

When Did the ACC Begin/Brief History Breakdown?

May 8th, 1953, marked the beginning of the Atlantic Coast Conference. There were only seven universities in the South Atlantic States at that time. In December 1953, the University of Virginia joined the conference, bringing the total to eight. The University of South Carolina, however, left the ACC in 1971, reducing its membership to seven.

The conference was then joined by Georgia Tech University and Florida State University. There were a number of realignments in the NCAA in the 2000s, which resulted in 7 new schools joining the ACC. The University of Maryland left, bringing the total to 15. Recent additions have expanded the ACC’s membership into the Northeast and Midwest parts of the country.

What Schools are in the ACC?

What is the Largest ACC School?

In the ACC, Florida State University has the most undergraduate students. Among the member universities, FSU has the lowest tuition fee.

From 1954 to 2021, Florida State’s football team played 68 seasons. During those 68 seasons, they have won 15 conference championships. They also have three national championships to add along with those 15 championships.

What is the Smallest ACC School?

What are the ACC Divisions?

The ACC is divided into two divisions, the Atlantic Division and the Coastal Division. Notre Dame does not participate in ACC football. It is the only NCAA Division 1 conference that does not break down by geography.

What are the Teams in the Division?

For football and baseball, the ACC is divided into two divisions. For all other sports, it functions as a single unified league with no divisions. Below is a breakdown of each division.

Who is the Commission of the ACC?

Since the College Football Playoff (CFP) began in 2014, the ACC has been included in the “Power Five” conferences along with the Big Ten, Big 12, Pac-12, and SEC. NCAA Division I Football Bowl Subdivision (FBS) bowl games are contractually required for them.

What Does the ACC Championship Stand For?

What is the Primary Difference Between ACC and SEC Football?

Is SEC Superior to ACC?

When it comes to football team rankings, the SEC is undoubtedly superior to the ACC. The conference schedule and level of play are more challenging than the ACC. Although the ACC still has success getting players into the NFL draft, the talent between the two is relatively equal.

What is the ACC Purpose Statement?

According to the ACC, its mission is to “enrich the educational missions, especially the undergraduate student experiences, of member universities.”

Where are the Headquarters?

Conclusion: What Does ACC Mean in College Football?

The ACC is made up of fifteen different schools divided into two divisions. Each season, teams in the same division compete against one another. Although the SEC has superior talent and schedules, the ACC still has success in getting players into the NFL draft.