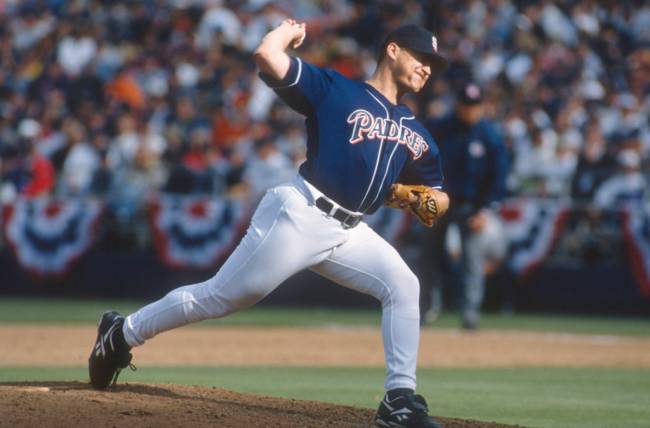 Baseball bullpen games involve using your relievers for most or all of the game. It is possible to play a bullpen game for three reasons. One reason is that the starting pitcher gets injured early in the game. When a starter is ineffective in a game, the manager goes to their bullpen early. Thirdly, teams may choose to use their relief pitchers all game long.

What is the process of a bullpen game? When a bullpen game is played, which relief pitcher receives the win? Are openers the same as bullpen games, and what are the pros and cons of using this strategy? Are there any bullpen games in the postseason or World Series?

The following is a complete breakdown of what a bullpen game entails.

How Does a Bullpen Game in Baseball Work?

An injury, pivot, or plant by a team can lead to a bullpen game in baseball. If a starting pitcher gets injured or struggles in the first inning for various reasons, the team needs to bring in a new pitcher. Because most relief pitchers are only able to pitch 1-2 innings, the match becomes a bullpen game. To complete the game, they will need several pitchers to pitch. In MLB games, most starters go five or six innings.

Throughout the regular season, some teams construct their pitching staff based on matchups. Some relief pitchers will be used if the Rays anticipate that the team will work well against them from the bullpen. Every matchup is more important to the Rays than putting out a conventional starter every five games.

What is the Benefit of a Bullpen Game?

It comes down to matchups and resting pitchers when using a bullpen game. Teams and their pitching coaches analyze ballpark data to determine which pitcher/s would be most effective against their opponents. When a bullpen game is designed by that from the start, your team has a better chance of winning.

As an example, the Boston Red Sox might have a relief pitcher who records a lot of flyouts. In a big stadium like Oakland, the Red Sox might choose an opener that gives up flyball outs since they won’t be able to hit a home run.

Nevertheless, if the Red Sox were playing at Yankee Stadium, some fly balls would be home runs, so they would use a pitcher who records more strikeouts or groundouts. In such a case, the Red Sox may start a pitcher who records a lot of strikeouts or groundouts, or they might use their starter if they want them to go deep into the game and have their bullpen finish it off.

What is the Downside of a Bullpen Game?

There are two downsides to using a bullpen game. First, some games assume their starting pitcher will go at least five innings, but they get injured in the first inning, which means a relief pitcher has to warm up and enter the game earlier than expected. Teams will need to change their strategy during the game to become a bullpen game, which might not be suitable for them.

A second downside is that metrics on paper might not translate to the field. While relief pitchers can record outs against a team, they might struggle in their outing, which means a team will have to go to their other relievers earlier than expected. There are times when pitchers need to throw more innings than expected to complete a game, causing them to be unavailable to pitch the next day or two, or unable to pitch effectively during that outing.

Another downside is that games may go into extra innings, throwing off a team’s strategy of nine innings. Consider a game between the Los Angeles Dodgers and the Colorado Rockies in which the Rockies use a bullpen game. As the game moves into extra innings, the Rockies might not have enough relief pitchers to pitch, so they might put a starter in that spot. It’s not a good idea to start a starter in an extra-inning game since they’ll need rest for their next start, so you have to maneuver your pitching staff again the next time around.

What Relief Pitcher Gets a Win During a Bullpen Game?

For a starting pitcher to win a game, he must go at least five innings with the lead. If a relief pitcher starts the game and only goes one inning, there are some things to understand.

In the case of a game between the Milwaukee Brewers and Cincinnati Reds, both teams had bullpen games. The openers of both games went two innings, and the game was still tied. In the fourth inning, the Brewers take the lead and give the ball to a new pitcher who goes two innings. In the event that the Brewers maintain a lead through the remainder of the game, the scorer can award the win to the pitcher who pitched the inning before the lead was established. The scorer can also give the loss to the pitcher who gave up the lead.

Is an Opener the Same as a Bullpen Game?

Major League Baseball teams that use openers are, in theory, using bullpen games. In MLB, an opener is a relief pitcher who starts the game for one inning. If you use a relief pitcher to start the game, you want them to damage the top of the lineup as little as possible. Most teams put their best hitters at the top of their lineup, so they will counter by putting their best pitchers on the field.

If an opener doesn’t have a lead through five innings, they won’t receive a win credit.

Has There Been a Bullpen Game in the Postseason?

A few bullpen games have been played by the Tampa Bay Rays during the playoffs. In the 2020 playoffs, they played a bullpen game against the Houston Astros.

Has There Been a Bullpen Game in the World Series?

There was a bullpen game in the 2021 World Series between the Houston Astros and the Atlanta Braves. For game five, the Braves didn’t have a starting pitcher, so they used the bullpen. In spite of losing game 5 of the World Series, they won the pennant.

Conclusion: What is a Bullpen Game in Baseball?

A bullpen game can either be caused by an injury or planned by a team. Baseball teams use their relief pitchers in bullpen games to complete a game. Occasionally, a bullpen game works in a team’s favor, while other times, it does not.

It all boils down to what gives your team the best chance of winning. Some teams have a great bullpen, so they use bullpen games to win. In some cases, teams will use a bullpen game to give their starters extra rest. A doubleheader match requires an extra day, especially when there is an extra game.